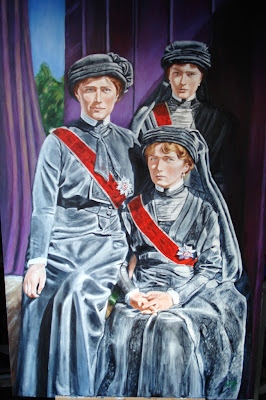 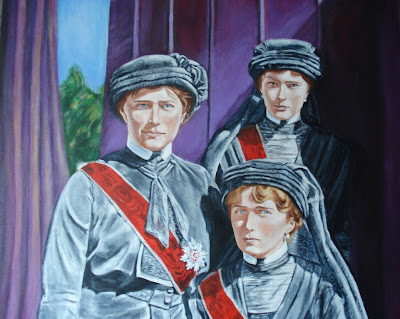 When all was said and done, my 48 X 36 painting of the Grand Duchess Olga,Tatiana and Maria Nikolaevna from a 1915 photo ,took nearly a year.


Remarkably, everything but their faces was a battle. The faces came in early and acted as north stars to keep me going. How could I quit if they were looking at me? It was getting the complicated dresses , body placements and creases to fit together properly that took the time. I painted Marie's skirt and Olga's sleeve many times over , even Marie's hat took a week to gain a foot hold much less the amazing veils worn by the other girls! But also one needs to take one's time in order to expand one's vision. I'd love to capture a good likeness and move on...but the paintings always seem to ask for more than that. They say: you have come this far...why not come a little further? So in a real sense I'm grasping and reaching footholds up a mountain's face as I paint ...that's how it feels.

Indeed...for me, as an untrained person, painting the Romanovs is like taking a trek across a mountain range and really, I can't predict what will happen. However I'm not complaining! It's a marvelous journey each time . I'm very blessed to have this creative endeavor in my life . But every inch of canvas has its story

It took a year... and I repainted many areas over and over , but it was never boring or repetitious because each time I had more knowledge about that area and was eager to apply it

The whole Romanov painting experience is a miracle to me

In this photo the three eldest daughters of Russia's last Tsar, Nicholas II , are awaiting transport to the last state funeral of Imperial Russia in 1915. It was for their father's cousin, Grand Duke Konstantin Konstantinovich. It was a funeral for a Grand Duke and a world. 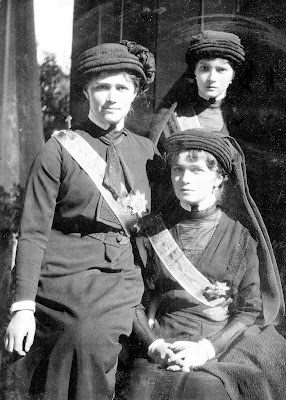 It's the only photo take of them that day that I have ever seen and it appears to be taken causally as a late minute affair....It's quite a picture of sisterly devotion and one can see Marie taking her place as a pillar of the family. Anastasia is missing because it was felt she was too young to attend .

I'm certain this photo of the girl's mother Empress Alexandra was taken at the same time. It's also a powerful photo and I believe I will have to paint this one some day...the suffering her face is remarkable 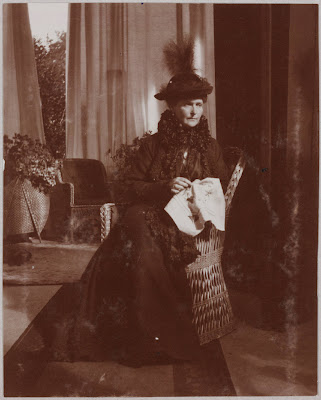 My Nikolaevna 1915 painting is now in the Romanov gallery I have established in my home.


This painting was so big, I had to make two videos and not just one. The first one is a short one just about the painting. The 2nd video puts the painting into context and tells the story of 1915, the family's own funeral 80 years after thier deaths and hope for the future one when Alexis and his sister join the rest of the family

I'm well into my next Romanov painting and it's the first one from a photo taken in captivity. After spending nearly a year painting the three eldest daughters of the last Tsar, I knew the most famous one , Anastasia, would want her own! As with most of them, her face is well along as I labor though the skirt and hat. Her shirt is caught by the tree stump edge and that effects the creases. It may be a stump, but at time it appears to be a throne. It's both causal and formal at the same time. There is apprehension and caution on her face and small wonder. The world has turned upside down . I'm doing the whole figure, but I'm posting a close up of the painting in progress... 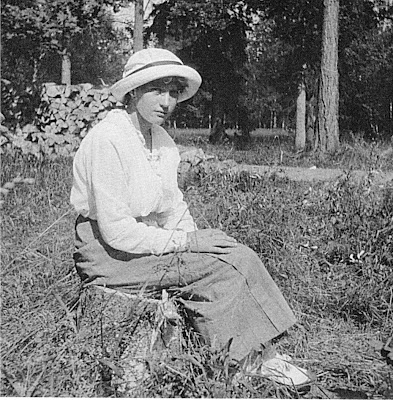 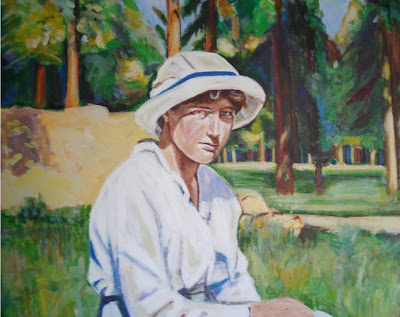