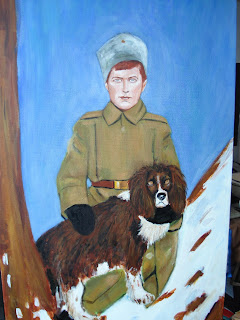 While my painting of the Tsarevich is far from finished, I thought I would post an in progress image. There is still much to do. But I just wrote to a Russia uniform expert to ask if Alexei Nikolaevich's great coat is the correct color before I proceed further. the Tsarevich is depicted with his beloved, spaniel, Joy. The painting is 18 inches, by 36 inches.

As always, painting Romanovs is both a challenge and greatly rewarding
Posted by Anne at 2:29 PM 4 comments: 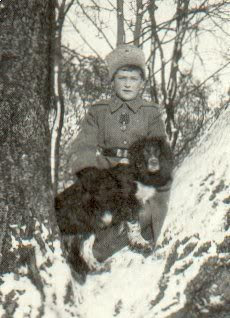 My current painting in progress is of the Tsarevich Alexei Nikolaevich and his spaniel, Joy. Of all those at Ipatiev House , only Joy survived. Indeed, the dog lived its final years at Windsor and is buried there today. I think that would have pleased Alexei. He was devoted to this little dog, who could be so much freer in its movements than its master.

When I making a painting from a Romanov photo, it's as if the photo picks me, rather than I do the picking. I look at a great many, and I have seen most of them for many years. One will give me that go ahead feeling, like it has been waiting.


It's an adventure to paint a photo you have known for some time...well you think you know it. But one really comes to see a photograph if you are making a painting of it. Everything has to hang together properly and make visual sense. I also find something new in these photos almost every painting session and as I say I have been looking at them for years.

I also tell others who wish to make art from a photo, to look at the reference photo at least as much, if not more than their art work. It is easy to be lead astray and other parts of the picture will not add up if one area is incorrect. When having trouble , look where the part giving you a hard time lines up with another area in the photo as a guide. It's always a help.

In a crucial way, Alexei Nikolaevich is the saddest Romanov. At least during their short lives, His sisters knew wonderful health. They threw themselves into hiking, tennis, sledding, horse back riding and rough housing! This young man could not. Because of his hemophilia, any bump could cause a life threatening crisis and so there were countless activities his sisters enjoyed, that were denied to Alexei Nikolaevich.

Still when well,he shared in full measure their enthusiasm, exuberance and of course , bravery. However his illness fostered within Alexei a philosophy way beyond his years. As author Robert K. Massie In his book,Nicholas and Alexandra relates:

Alexei was well aware that he might not live to adulthood. When he was ten, his older sister Olga found him lying on his back looking at the clouds and asked him what he was doing. "I like to think and wonder," Alexei replied. Olga asked him what he liked to think about. "Oh, so many things," the boy responded. "I enjoy the sun and the beauty of summer as long as I can. Who knows whether one of these days I shall not be prevented from doing it?"[

The photo I am using was taken during the war. Alexei Nikolaevich is in a Russian army great coat. It has a particular khaki green color. 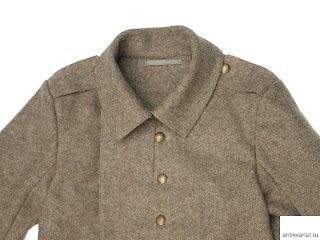 This example was sent to me by a kind fellow member of the Alexander Palace Forum. When working with black and white photos, this sort of help is enormous. Military outfits must be as correct as possible.


Alexei Nikolaevichis also wearing an St George meal. and a Cossack wool hat. There is no question the young man in the photo is a Russian!

Alexei Nikolaevich was two weeks shy of his fourteenth birthday when he was murdered on 17 July 1918 in the cellar room of the Ipatiev House in Yekaterinburg.
Posted by Anne at 8:21 AM 5 comments: