My husband and I decided to make a return visit to Haworth this May because frankly, we missed it, but also I learned there was Brontë material in near by Leeds University....material  pertaining to Arthur Bell Nicholls, the hero of my Brontë novel . They also have some letters of Charlotte's.

It was great to see these items in person. I had tried to get photo copies made of the items, but that would be difficult as they are bound in books. Since we traveled there,  I was able to photograph the material myself.


We wanted to return to Haworth anyway, so a quick trip was planned. We had marvelous weather,  lots of moor walking, wonderful people, the village, our fabulous Haworth B and B, Wilsons  and of course the one and only, Haworth Parsonage.  It was a grand trip.

This time we learned it is now permissible to take photos inside the Parsonage. That was very exciting. Plus on display, were  costumes from the BBC production of " To Walk Invisible" They look even better in real life; beautifully made and very evocative  etc.

I also took part in the Wuthering Heights manuscript project . Everyone is given the chance  to write a line of Emily's book and so the missing MS is made again. It was something to copy a line from Emily's book while sitting at the Parsonage!

2017 is Branwell's year and the Parsonage made his  room/ studio  look as if he just left it for a ramble to Halifax to meet friends...or down to  the Bull.


The job the Parsonage does in presenting the Brontë story  is remarkable. We went though the museum each day we were in Haworth and  each time we saw something we had missed before.

My husband is now reading Barker's "The Brontës" in order to ready himself to edit the novel. Thank goodness I have an in-house editor! lol He is also helping with the typing from the many notebooks with my handwriting. Thank you, Hon!

I'm sure I have said for many posts,"  I am  now pulling the book together from the scatted scenes" ...but now I really am...and I'm sure I will say in future posts ...oh now I really , really am! Because as  one goes into this, one sees things differently. The work redoubles and one sees earlier efforts as not quite the thing...but every step is necessary, one just keeps at it as it evolves. 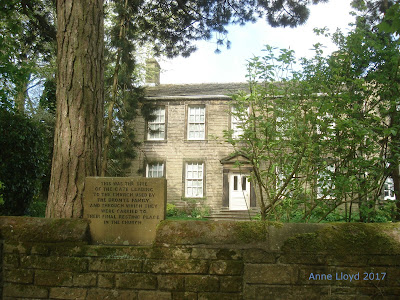 Also I am currently taking the dozens and dozens of word processor documents filled with novel  scenes and putting all the ones occurring in 1845 into a document called 1845...and I do that for each year. So scatted 1850 scenes  go into the 1850 document , the 1853 scenes goes into the 1853 doc... etc and so on for each year. Once that's done, I will pull it together year by year, like pearls on a sting  .That is how it's to be done . Use the time line that  history has given you.

I say to people it takes so long because I'm not simply writing it, I'm living it.  I'm not a professional writer. It has to come from  my emotions and frankly, the gut; that takes awhile.

On top of that is the research....the grist for the mill!It's amazing how a piece of information can alters things. Plus new  scenes continue to come in, voices within the Brontë world, but  rarely heard, speak up

My aim is to illustrate the known history with dialog etc. Now, I do purpose certain  interpretations of the facts at times, but that's different than changing history. Anything I go on a limb about is supported  by at least  a fact or two, if not more. The fun is to  fit the Brontë facts as I write, rather than make the facts fit my ideas. The book is for Brontë fans by a Brontë fan. What fun is it if its made up Brontë history? Believe me, in generally  history is better than our fiction  lol. 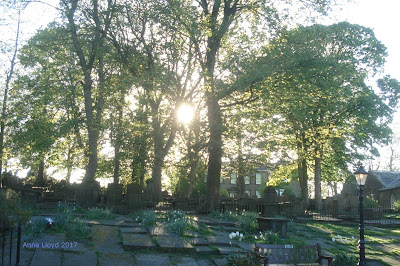 An abundant shower of Arthurs ....

Since posting last I learned there will be two Arthur Bell Nicholls centered novels upcoming  this fall ...eeekkk! One from ABN's  view point, (as mine is ) the other from another person's view. That put me in a sweat. Here I have been writing my ABN  novel since late 2012, and  with more time needed!

Well, it was too good an aspect of Brontë history to remain unnoticed forever. Most Brontë authors concentrate on M. Héger, like bees to honey. Yes, there is " Romancing Miss Brontë"  from 2010. A well written book, particularly the difficult part of CBN's illness and death. But the it seemed really about Charlotte to me.

I read on line the first chapter of one of the upcoming publications and was quite revealed to see  the treatment and voice is different than my Arthur novel.

I've always loved Arthur and taken his part all these years. I think Rev. Nicholls  much maligned and undervalued by history....but it seems, no more!

Other wise I will  be working on two videos , long in production , plus working daily
on the novel of course.

Okay! Back to work!