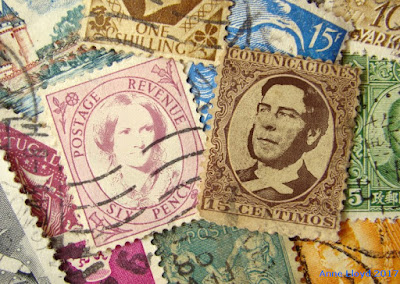 It's five years since I began writing what has since  become my Brontë novel. If I knew that statement was in my future when this journey started, I would have been shocked. It would seem fantastic.  Back then being but a reader, I some how believed books were written much  like we read them. Well as it turns out  they don't just roll out before one. Even so I'm still amaze that how long this has taken, and how much more work appears to be ahead ...just this week , three new major scenes came though and were added. As I have said, my method ( or rather how it happens ) is I "see"  a scene in my mind , or hear a line of dialogue,  I then write it down.

I use to be in a twist over how long it was taking, but no more. The book is taking  what time  it needs to take and I'm enjoying every bit of the ride. I've been deeply  drawn into Brontë history, Church history, Irish history , English history ; each one of those topics take time can swallow up a researcher whole.

It's like putting together a vast puzzle and each new piece ( scene) snapped in effects the whole. It's great fun to also link scenes together and  it's wise too because by the time a topic's resolution  happens , each scene  that alluded to that topic along the way adds to the final impact.

This is a novel, so I make some assertions that are not 100% provable. However everything in my novel is 100 % plausible . It could have happened the way I've portrayed it.They could have said what I have them say. I don't outrage the  known facts , indeed there are usually at least one or two facts that support my notion. The fun is making the known history and the timing work.

For example, when  did Arthur Bell Nicholls learned his Parson's daughter,  Charlotte Brontë was in fact a world famous author? Very late 1849 or early 1850 according to  CB's letters. Originally I had Arthur learn of it at the Brown's, when Martha herself heard of it from her father and  then she  came "puffing and blowing " to say so to Charlotte.

Oh that scene at the Browns was lovely; but it had to go. Because I learned Arthur knew of Charlotte's authorship before that and indeed had already  read CB's books by the time John Brown  heard of CB's fame in Halifax and  Martha came gasping into the parsonage  parlor with her news.

If one follows history's  time line, there are gems to be found. Nothing works like the real history, because it throws off sparks that lead to more gems.The actual history is in 3-D, while our own pondering often are not.I had Arthur find out a different way, and its better than the scene I had to omit....more logical.

Another interesting aspect of my book imo is, it's about human beings . Human beings who are sometimes noble, sometime not, however, at bottom , essentially good and usually in an emotional uproar. Characters found in books and movies today seem to be made up of super  heroes or super villains and to add some novelty; flawed super heroes or misunderstood super villains, but heroes and villains none the less...I guess it's to prepare us for the upcoming robotic age ( only slightly a joke) But I maintain humans beings, with their fuss, goodness, failings   and mess,  are more interesting than super heroes, super villains , and certainly , robots.

A few things I've learned along the way.

They crease to be yours then. Before I realized I was writing a book, I could be found on the blogs posting away. I'll never forget the time I felt almost physically stopped from doing so by a feeling inside... so do yourself a favor and save  what you have to say for your book.

Stop talking about your book unless asked

After 5 years I really must thank the intrepid folks who keep asking how my book is going!  Bless them! People are always free to ask! My answer has always been, " Great! " and it's true. But my point is, otherwise one gives time and energy to speaking about the topic , rather than writing the book. I've stopped going to the blogs so much and next to no  social media. I just haven't the time . Things will be different once this book is done.

Realize a book requires just about all you have

I wrote  the following  to someone who said they wanted to write a book,but were not sure they were " good enough" of a writer.

One doesn’t look at cake ingredients and wonder if they can make a cake. One  starts mixing and baking. Writing is ditch digging…get your shovel and start . What writing I have seen here is more than good enough…the real question is; do you want it enough?

That is the question  one must keep asking oneself...how much do you want it? It has to be a great deal.

It's curious  that when she was young, CB asked a good many people if she should write...most said no! lol. But as a successful author when Charlotte herself was asked by young people if they should write, she told them no as well. She said every discouraging thing Papa might have said if he knew what was going on in the Parsonage parlor after evening prayers.  I have Charlotte  explain that  if one has to ask such a question, the answer should be no. That is,  if one can be deterred by another person's opinion,  then the writing life is not for you. CB was slowed, but not stopped by those opinions.You have to want it ...a lot. But I must also add...it's the greatest fun.

My friend, Helen Azar has just published her latest book of Romanov translations in her series called " In their own words". This new volume is the 1913 Tercentennial Diary of  Tsar Nicholls II third daughter, Grand Duchess Maria Nikolaevna

I made a short video to celebrate the event   Video

The music is by  the excellent Russian composer, Kai Engel and  the piece is  called  "When the Lights Came On "

1913 was an important year. The Romanovs were celebrating 300 years of rule and it was the last full year of peace before  WW1. I have looked at Romanov photos for 50 years. Thanks to Helen Azar's work, I can now read their thoughts. Thank you Helen!

Okay, back to work!