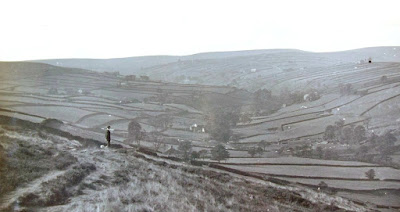 
There are many aspects of the Charlotte / Arthur story that seem tailor made for the novelist . One of the greatest is their secret meetings on the moor. If it didn't happen, I would have to invent it But it did!

It must of given Charlotte a thrill. Heretofore  such a meeting was an event found only in her  wild youthful  writings or mature novels.  Arthur Bell Nicholls was not the dashing and dangerous   Duke of Zamorna , the dark hero of Charlotte's juvenile  writings (  a great understatement! )  but Arthur Bell Nicholls  was REAL, perhaps disconcertingly so,  and  he adored her ...that has a charm all its own particularly at this lonely time in Charlotte's  life.

I have so many moor conversations  between them,   that I must carefully weave them  all together in terms of drawing the two  people slowly together. Charlotte and Arthur  both witnessed the same  things at the Parsonage over  the 8 years Arthur was there before declaring himself. But these events were seen  from  their very different view points  Their perspectives need to be expressed and exchanged. They have a lot to talk about and in doing so they  inform the reader.

In fact I have a number of different  versions of the  same conversations. It's interesting to see the same idea in different words  Now  I have decide which of these conversations best convey the given  idea  and WHERE  to put  what  in the 18 months  of courtship . It also means splicing/ blending  different conversations together.

My on going research is often chagrining things too , which require rewriting scenes  . I believe one of the reasons Charlotte told her father about her proceedings when she did  was so she and Arthur  get out of the cold! lol


About 30 years ago a photo was discovered that many believed was of Charlotte Brontë in profile. ( seen here on the left) I've been on the fence about it for some time. It did seem like Ellen Nussey...yet  the nose did not seem the same  to me. ( as you can see here between the two photos ) But  I felt one day something indisputable would come  my attention  to help me decide  either way  and it has . Its the hair ..the ringlet .

When I saw the first photo, said to be CB , it was so dark, I could not see the  ringlet  in the ear area.  It looked like the hair in the Richmond portrait.  Much later  I saw a lighter print and there was a complex ringlet. That didn't seem some thing Charlotte would have . I recently saw a good many photos of Ellen Nussey over the years and that ringlet is in them all. She only turns to a bun in old age. The hair tells me  the photo purported to be Charlotte  is sadly , of Ellen. We are still without a photo of Charlotte Brontë


Looking at writing from the inside out


Reading is a  very different  experience since I have been writing for three years now. It's like looking at writing from the inside out . Like the words are superimposed  on glass and I see them from behind is the best way to explain it . One sees the under pinning


The Brontes, their lives recorded by their contemporaries

E. M.  Delafield was an author best known for her book, Diary of a Provincial Lady. I found she compiled a book about the Brontes in 1935  that  grouped  referances by subject. It's interesting to see the material grouped together in this  manner

An over view of Victorian fiction . Her introduction  begins

The lover of the Victorian novel is not made, but born and not always in the Victoria era"

How true! I find this book a great help in writing my own " Victorian" novel  I gain a great deal by looking at Brontë books of  the past . There is a feast of them


And now for something silly;


I found a web site that will allow one to make baseball cards from photos . Wouldn't it be fun to make Brontë baseball cards? So I did, with nicknames too! 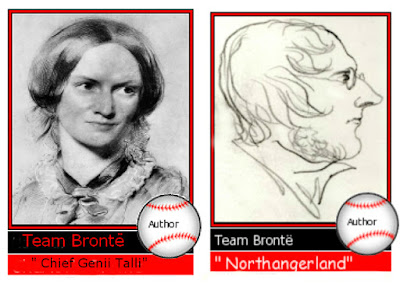 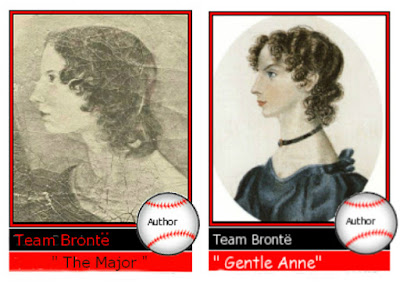 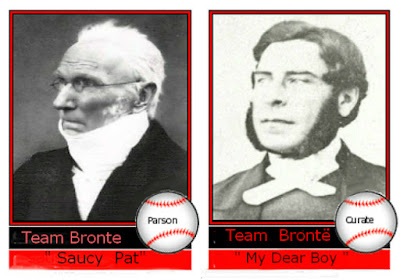 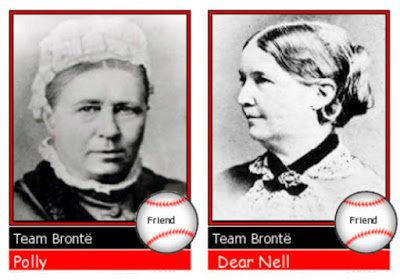 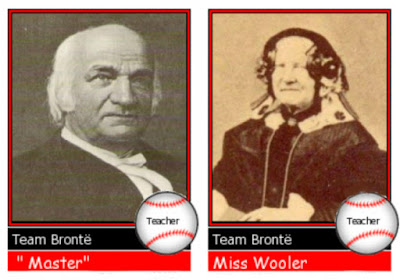 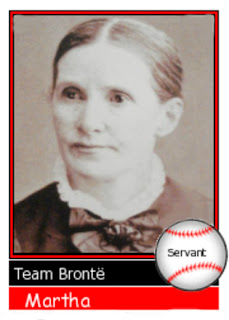 It's been so chilly in my studio, I haven't been painting , but hope to soon!

okay, back to work!