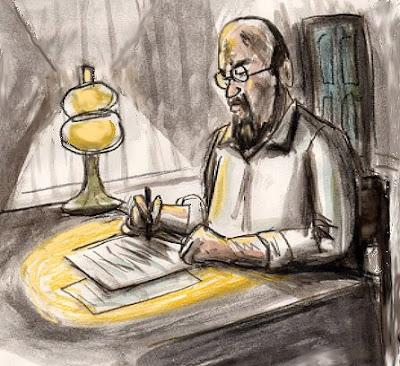 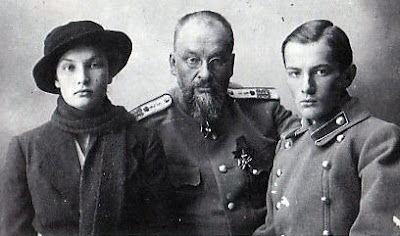 Dr. Eugene Botkin with his children, Tatiana and Gleb.

I recently read Dr. Eugene S. Botkins's last letter, addressed to his brother, Alexander. I was so moved by Dr. Botkin's letter and what this man says , I had to make a video.

But there are so few photos of Dr. Bokin that I know of, that I decided to made drawings of him especially for this video to illustrate his letter.This letter was found by the White forces in 1918 when they captured Ekateringburg Siberia, and searched " The House of Speical Purpose " as it was called, where the last Russian Tsar and his family was held in the early to mid summer of 1918.

Dr. Botkin was one of four companions that were still with the family at the time of thier deaths. 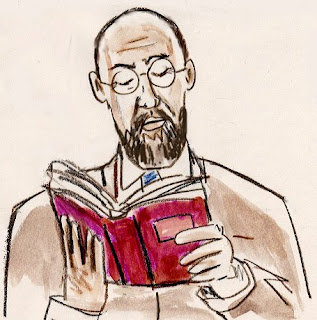 Dr. Eugene S. Botkin (1865-1918) was the court physician to the last Tsar of Russia, Nicholas Romanov, and his family. He took this position in 1908. When the family was arrested and imprisoned in 1917, Dr. Botkin elected to join them.

Because doctors were so scarce, the Bolsheviks would have allowed Dr. Botkin his freedom at any time. But his physician's oath was more to him than his life and he writes about this in his letter.

This is the first time I made art for a video...usually I make the video for art! In my research, I found an excellent blog post about Dr.Botkin.

This was quite a man http://tinyurl.com/48mse9j

Here is the text to Dr. Botkin's last letter

I am making a last attempt at writing a real letter -- at least from here -- although that qualification, I believe, is utterly superfluous. I do not think that I was fated at any time to write to anyone from anywhere.

My voluntary confinement here is restricted less by time than by my earthly existence. In essence I am dead -- dead for my children -- dead for my work ... I am dead but not yet buried, or buried alive -- whichever, the consequences are nearly identical ...

The day before yesterday, as I was calmly reading ... I saw a reduced vision of my son Yuri's face, but dead, in a horizontal position, his eyes closed.

Yesterday, at the same reading, I suddenly heard a word that sounded like "Papulya". I nearly burst into sobs. Again -- this is not a hallucination because the word was pronounced, the voice was similar, and I did not doubt for an instant that my daughter, who was supposed to be in Tobolsk, was talking to me ...

I will probably never hear that voice so dear or feel that touch so dear with which my little children so spoiled me ...

If faith without works is dead, then deeds can live without faith ...

This vindicates my last decision ... when I unhesitatingly orphaned my own children in order to carry out my physician's duty to the end,


as Abraham did not hesitate at God's demand to sacrifice his only son. 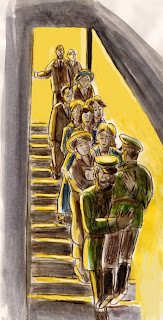 And now the video